LUMA MUFLEH is the founder of Fugees Family, with schools now in Georgia and Ohio and an expanding footprint bringing educational equity to refugee resettlement communities across America. Her TED Talk on educational justice for refugee families was viewed more than 1.7 million times.

“We have seen advances in every aspect of our lives — except our humanity.” – Luma Mufleh

Luma Mufleh is a Syrian/Jordanian entrepreneur, coach, and thought leader in refugee and English Language Learner education. The daughter and granddaughter of Syrian refugees, Luma grew up in Amman, Jordan, where she was one of the only Arab students in her class at an American school, and one of the only girls who played on her soccer team. As a young adult in a country where being gay was considered a crime, Luma came out to her parents and was disowned. In 1993, she came to the United States to attend Smith College and graduated with a B.A. in Anthropology in 1997. Granted asylum in the US, Luma navigated the broken immigration system to build a life for herself — opening a coffee shop and coaching soccer. In 2006, she founded Fugees Family, the only network of schools in the U.S. dedicated to refugee and immigrant education.

Luma is empowering refugee children to use their voices to reclaim and tell their own stories – shifting the narrative around refugees away from the current fear-mongering frame to one of courage, resilience, and creative potential.

Luma completed the Executive Program in Social Entrepreneurship at the Stanford Graduate School of Business. In 2019, Luma was named an Emerson Collective Dial Fellow and a Manhattan Institute Civil Society Fellow.

One Woman’s Fight for Educational Justice for Refugee Children

A visionary leader’s powerful personal story and a blueprint for change that will inspire schools and communities across America.

For readers of Malala, Paul Tough, and Bryan Stevenson, Learning America is the moving and insight-packed story of how Luma Mufleh grew a soccer team into a nationally acclaimed network of schools—by homing in laserlike on what traumatized students need in order to learn. Fugees accepts only those most in need: students recruit other students, and all share a background of war, poverty, and trauma. No student passes a grade without earning it; the failure of any student is the responsibility of all. Most foundational, everyone takes art and music and everyone plays soccer, areas where students make the leaps that can and must happen—as this gifted refugee activist convinces—even for America’s most left-behind.

Check out the reviews of Learning America on Publisher’s Weekly and Kirkus Reviews. 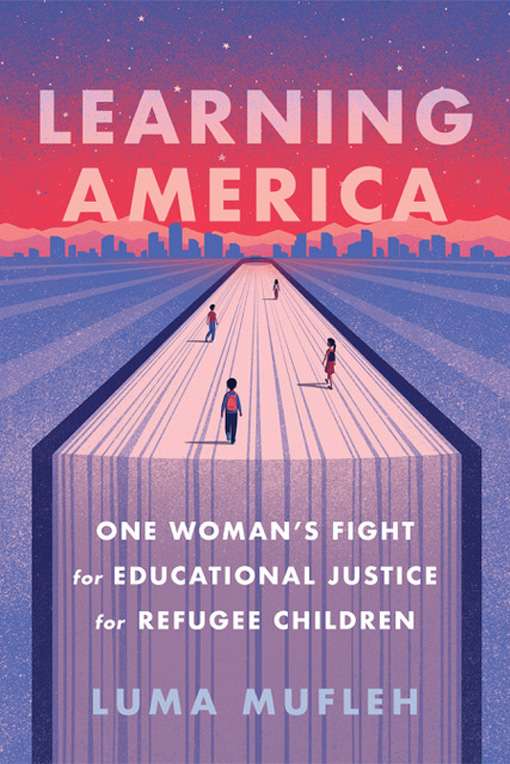